On Monday, August 21, 2017, I experienced one of the most amazing things I’ve ever witnessed – A TOTAL ECLIPSE.

Y’all I still can’t get over it.  Nashville was in the direct path and for about two blissful minutes I literally could not believe my eyes.

My husband and I watched with our son at his school.  The excitement was palpable.  These children have been learning about this day since the first day of school.  Drawings, construction paper science projects, and multiple fact sheets filled my son’s book-bag day after day.  He has been spouting out facts – some that I secretly had to look up – for weeks.  And, when the moment came I was surrounded by second graders who shouted “TOTALITY”, almost in unison. 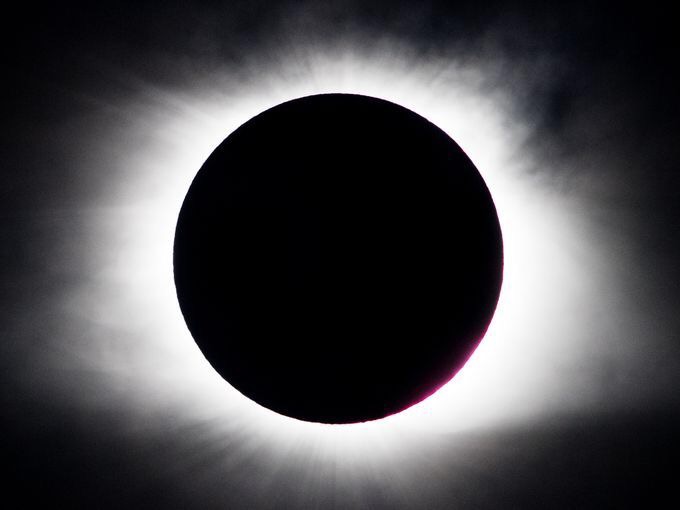 It was dark, the street lights were on, and the crickets and birds began to chirp.  I was so excited that may have pushed my husband a little like Elaine pushes Jerry on Seinfield – “Get Out”.

I was completely overtaken and in awe.  I was not prepared for this much emotion.  I just kept looking at my husband saying, “This is so amazing.  Can you believe this?”.  My son’s face says it all.

I don’t know about you, but with all the hatefulness and chaos in this country right now, I needed a couple of minutes and a BIG reminder of who is in control.  For a variety of reasons, I’ve been worried and anxious over things that are putting my faith and trust to the test.  And, I’ll just be honest, my soul needed a little wake up call.

Now, you may not believe in God.  And, you don’t need to send me messages regarding the science behind an eclipse – y’all, science is my thing.  I love it and I get it, but, for me, this was nothing short of supernatural.  Just in case you’re wondering, I have no doubt that one can believe in both – science and God – without, even for a minute, compromising intelligence and spirituality.  And, if you want to get me on my soap box about this, to believe in either independently is to accept a whole lot of “gaps”, if you will, in theory and theology.  Neither side will give you full understanding.  So, I for one, don’t choose sides.  I believe in God, creation and science.

Sorry, I got all distracted – SQUIRREL – let’s get back to the eclipse.

Y’all, the Moon passed between the Earth and the Sun casting a shadow on the Earth.  How unbelievably amazing in that?  I witnessed the Moon’s shadow!!!  I felt the temperature drop.  I heard the sound of confused birds and crickets.  I saw the Moon’s shadow.  And, the God of the Universe that created the Moon, the Sun and the Earth also gave us moments like Monday.   Maybe he thought “every now and then lets just spice things up – enough with this day-to-day, predictable stuff”.  Now, I’m pretty sure God doesn’t think like this, but just humor me for a minute and play along.

Genesis 1 tells us that God created “lights” to separate day from night, to mark seasons – days -years, “to govern the day and the night”, and to “separate light from darkness”.  Sometimes, I forget that part.  I become so busy and distracted that, all too often, I walk out of my house in the morning and I just overlook the Sun – and, at night the Moon.  I take for granted that they should just be there.  And, I selfishly just expect them.  These two “great lights” were some of the first gifts to man and they came before us to provide light, warmth and signs.  They were meant to be reminders of God’s goodness and faithfulness.  Yet, I’ve reduced them as “the weather”.

Then when life gets complicated, I become so bogged down in my circumstances that I worry, complain and control matters to the point that I don’t even really notice the first gifts.  It doesn’t even enter my mind as I walk outside, surrounded by His goodness, that if He can create the Sun and the Moon, He can surely handle my situation.

But, on Monday, as I literally watched the Moon pass in front of the Sun and felt the power of that moment with all my senses, I was reminded of my omnipotent God, and, my troubles began to fade.  It’s amazing what happens when focus is shifted back to where it belongs – isn’t it?

It only lasted for “just a little bit” (as my daughter would say) but I needed that “little bit” more than you know.

Then just as quickly as that darkness came, it began to fade. Little rays of sunshine began to appear just to the right of the moon.  Instantaneously, the darkness was gone even though the majority of the sun was still covered by the moon.  It only took “just a little bit” of sun to eliminate the darkness.  My emotions were going absolutely crazy at this point and I was trying not to do the ugly cry in front of my son and his friends.

With all the hate and darkness we American’s have experienced lately, we could use a little light.  So, I hope you’re not offended, but I’m about to throw out some truth bombs – or at least my opinion.

That same God, who created the Sun and the Moon – the One who on Monday spiced things up a bit – also sent his Son to this Earth to save us.  John describes Jesus as the “light of man”  (John 1) and Jesus describes himself as “the light of the world” (John 8).  And, light eliminates darkness – every time.

Y’all God created light and then sent Light to save us from our sins.  That Light hung on a cross and died for you and me.  And, those who “follow (Him) will never walk in darkness” (John 8:12).

And, the amazing thing to me, that was so perfectly illustrated by the eclipse, is that it only takes “just a little bit” of light to begin to stamp out the dark.  So, when we’re overwhelmed by the darkness, we must remember that the Light lives within us and light eliminates darkness – every time.  Imagine what would happen if we all lived with this truth – if we let this Light shine?  There would be no room for darkness.  Hate would cease to exist – it would drown in love and light.  Just imagine.

So, the next time you’re overwhelmed with your circumstances, worry and anxiety just walk outside and look up.  Now, don’t stare at the Sun – we all know that’s bad.  But, just for a moment experience the goodness and faithfulness of the first two gifts of light.  Allow these gifts to remind you of the omnipotent God – soak it in.  And, that God who created the Sun and the Moon, gave us the Light of the world – Jesus – who died for our sins.  In Him, there is no room for darkness.  Hate does not exist.  Because, light eliminates darkness – every time.  Let it shine!!! 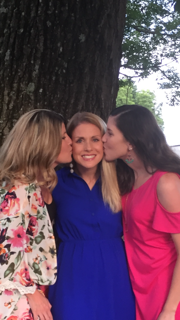